On 29th March 2017, the Daily Mail published an article asserting that "video games like Tomb Raider and Grand Theft Auto make teenagers sexist because they portray women in a negative light." This isn’t revelatory information for female players of games or people who work in the gaming industry, but the study upon which the article focuses, published by Frontiers in Psychology, quantifiably demonstrates a correlative relationship between video game consumption and sexism. It concludes that:

“The video game industry may find it appropriate to encourage an evolution in the way women are represented, because sexism on screen can have consequences which are not limited to the virtual world. Today, 48% of video game players are female (Entertainment Software Association, 2014), and in addition to the development of sexist attitudes, the repeated exposure to biased female models on games produces body dissatisfaction among women (Holmstrom, 2004), self-objectification (Fox et al., 2015), and eating disorders (Grabe et al., 2008)."

As the authors point out, although it's recognised that there is sexism within video game representation, real-life experiences are under-studied and no doubt under-reported. Indeed, the reality of sexism in games through doxing, harassment, and intimidation has become clearer due to technological advances and gaming multiverses that connect people across the world. But because games bring together design, music, programming and narrative to produce immersive and interactive art, which can confirm or challenge our notions of reality, there is still work to be done on how a game (as representation) impacts user experience in daily life, that is, the game as a formative, constitutive experience.

This is particularly important given that we are now in an age of virtual reality, wherein the boundaries between in-game representation and lived experience are even closer. If gaming is to have an “evolution” in the way women are represented, then this needs to include depictions of gender in both virtual spaces and real ones.

It is only really since the GamerGate scandal of 2014 that we’ve begun to pay serious and sustained attention to how gender politics plays out in relation to gaming. As seen above, discussions about women and games tends to focus on statistics: how many women play games, and how many female-presenting characters or heroes there are available for us to play. Games still consistently fail The Bechdel Test, although with games like Horizon: Zero Dawn, offering a female-only protagonist, progress is being made. But along with the general recognition that women and female-identifying people are under-represented in games, GamerGate highlighted real-life sexism and conflict which goes far beyond the implications of limited character choice and unrealistic body types. 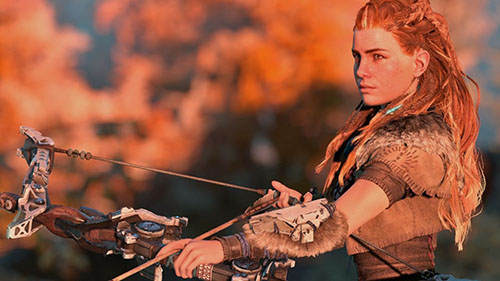 Unsurprisingly, then, it’s quite easy to draw parallels between in-game sexism and real-life conflict. Anita Sarkeesian’s Tropes vs. Women finds the gaming industry’s representation of women to be formed by tired stereotypes: unrealistic body types, lack of character depth and choice, women as “reward,” and the damsel in distress. She points out how:

“These stories conjure supernatural situations in which domestic violence perpetrated by men against women who’ve “lost control of themselves” not only appears justified but is actually presented as an altruistic act done “for the woman’s own good.” [....] Just because a particular event might “make sense” within the internal logic of a fictional narrative – that doesn’t, in and of itself, justify its use. Games don’t exist in a vacuum and therefore can’t be divorced from the larger cultural context of the real world."

Sarkeesian’s link between the violence against women found in mainstream popular games such as the Grand Theft Auto franchise, or the overt sexualisation of women in the vast majority of mainstream gaming, clearly draws the correlation between real-world violence and represented conflict - she deliberately cites domestic violence facts at the end of her transcript. It is in these ways that games act as a distorting mirror for real-world and everyday experiences of gender conflict.

Violence, sex, and shape dominate discussions around women in games, with the core focus being on the female body and what that means both inside and outside of its cultural representation. From Dead or Alive’s impossible boob physics to when Blizzard accidentally made Mei “too thin,” how women look in games is a constant source of controversy.

The association between how women are represented in the media and the impact this has on women in the form of body dysmorphia and self-esteem is well documented, but perhaps a more pressing issue lies in the rise of virtual reality video games. If games refract real-life, then what does virtual reality mean for representations of the female body?

The development of virtual reality is still very much in its infancy, but what makes VR gaming so intriguing is the possibility of the player or user inhabiting another world, and thus, potentially, another body or another experience. The implications of VR in psychological research and social science is only just beginning to emerge, and the ability to take oneself to another space and place has untapped potential, particularly in terms of gender identity. Interestingly, current VR technology means that the player’s own body can’t be completely tracked in the virtual space, and most games opt to represent just the hands of the player as a means of orientation. 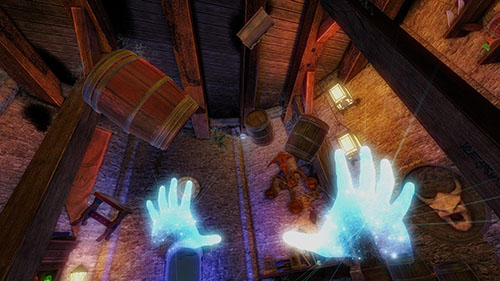 This means that the player inhabits their own body and the immersion isn’t broken by the potentially jarring and alienating experience of looking down to see that you’ve changed shape, size, or sex.

This sense of formless freedom isn’t always the case, however - Rec Room, for instance, lets the player create and customize a limbless avatar which then represents their own body within the social space of the game. 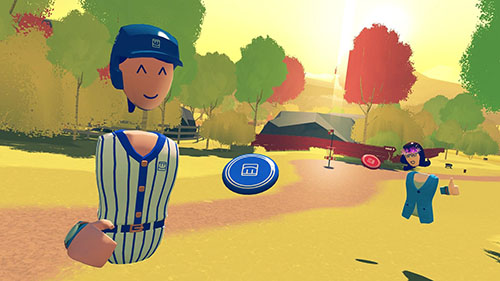 Rec Room is also unusual in that it’s an online multiplayer game, so when the player is within the VR space they are also interacting with other, real people. Altspace VR similarly projects the player into a virtual world where they can interact with real people. These games cross the line between the real and the represented and shift the user into a liminal space in which they can, in theory, safely express themselves. This sense of “safety” can be constructed and maintained within the virtual space. Players can be stopped from crossing user’s boundaries - literally and figuratively - via personal bubbles, which dictate how close one player can get to another’s space within the game. These in-game safe spaces painfully highlight the absence of real-life protection against violence, particularly when we consider the continuing prevalence of sexual assault on our streets and university campuses.

Although VR holds incredible potential for truly challenging gender representation within games, it isn’t without its darker side in the form of VR pornography - whether 360 video or purely 3D animated. VR porn brings an additional layer of interactivity that has implications for how the body is represented in virtual space - and it’s also where smaller developers can easily use crowd-sourced finance rather than slower or less lucrative investments and grants. For example, the crowdfunded game “La Douche” by ZnelArts “is a virtual experience where you get to be an invisible, omnipresent being inside a shower room with a very hot girl getting ready to take a shower.” The ‘very hot girl’ isn’t a static figure: the user can customize her body shape as they wish, as she goes about her daily business. Unusually for VR, ZnelArts breaks the fourth wall in the game by using a mirror. 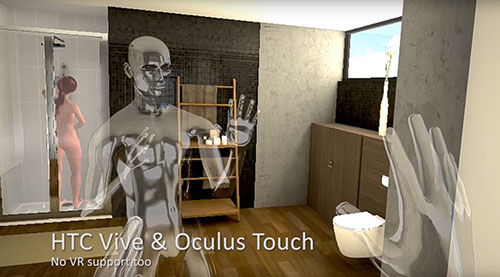 This reveals the unsettling reflection of the player as a genitalia-free male-shaped container. The user is therefore assumed to be a straight male who is able to break the personal boundaries of the female character within the “game.” This concerning absence of the representation of consent has larger reverberations within VR and games more generally. If, as the Frontiers in Psychology study suggests, normal games have a very real implication on sexist formulations in young adults, then the impact of VR pornography should, perhaps, be taken as seriously as mainstream pornography.

These two contrasting examples - of the safely constructed space of Rec Room and the lack of boundaries in “La Douche,” reveal both how far representations of the body have come and how far they have to go. The gaming world will need to accept studies like the one in Frontiers in Psychology even at the cutting edge of its technologies and capabilities. Where games wrestle with how bodies look, VR gaming additionally has to deal with how bodies look, feel, and behave. As long as VR games continue to challenge the binary between the real and the imagined they will continue to carry the burden of gender politics. What’s unceasingly fascinating about the realm of gaming - its simultaneous projection of reality as well as its unbridled escapism - is, ironically, how it continues to both maintain, influence, and distort real-life conflict. If games are through a glass, darkly, it is glass both constructed and necessarily deconstructed by the sexual politics we live through every day.

Louise Chamberlain is a producer for the independent game studio Triangular Pixels. Since receiving a PhD in literature from the University of Nottingham in 2015, she has been working in project management and finance roles in the gaming industry. Her research is focused on contemporary nature poetry and she is continually interested in how art and technology interact.