Working on a documentary photographic project about hate crimes towards refugees and asylum seekers in Europe, I have become intensely aware of an ongoing and systematic use of psychological violence and invisible layers of racism. These nuanced forms of abuse reflect the mechanism of a bureaucracy that keeps many in limbo under the shadows of psychological and physical oppression, delineating forms of control that comprehend geopolitical, social, bureaucratic and security choices.

The political and media campaigns that portray most refugees at best, as merely seekers of better prospects in life, or at worst, as secret terrorists, have suppressed their reasons for their escape and obscured their need for appropriate aid and integration. Refugees and asylum seekers reach Europe’s shores suffering from severe trauma yet are hardly given adequate mental health care and protection.

The rise of far right populism in Europe is only exacerbating the violence towards refugees, with many pointing to their arrival as the primary cause for economic and security problems. Anti-terrorism and immigration control strategies seem to fuel and shape the heightened power of policing, granting increasing power to security personnel. This manifests in the use of brutal force at borders and in informal camps, increased numbers of forced deportations, and the construction of fifty-five walls in Europe.

The reception and pre-identification process is handled by Frontex and police officers, who reportedly have been recording refugees as economic migrants so that they are prevented from proceeding with an asylum applications. And there is no one they can turn to. It is becoming more common to use deferred expulsion orders—given mainly to people from West African countries—to resettle and deport refugees outside of Europe. This is leading to a growing sense that there is a working interconnection between the criminal justice and immigration systems. These conditions contribute to the psychological exhaustion and abuse of refugees and migrants.

Those who can stay are subject to the geopolitical calculations that place the 'unwanted' at the margins of societies, as refugee camps and centres are increasingly positioned in remote areas. Beyond the reminder that they are not meant to be included in society, refugees are faced with an even greater practical difficulty of integration.

Adding to the psychological and physical toll is in the criminalisation of seeking asylum. For many, and in particular, African refugees, the experience of detention is an unfathomable reality.  Many have shared their constant fear of being picked up by the police, detained, or beaten up by a far right group. It is rather difficult to detangle policing and racism as they are amalgamated into the fabric of political manoeuvres and expressed through intimidation and marginalization, obstructing them from proper integration .

It is rather hard to target policing and racism as it is amalgamated into the fabric of political manoeuvres and often expressed through intimidation and marginalisation.  It is a language that speaks of not acceptance that, for many, even after years in a country, it obstructs them from proper integration

Working in Greece, Italy and Iceland, I have been constantly reminded that physical violence is only a fraction of the stress and psychological abuse that many refugees and asylum seekers are subjected to. Inside the confines of the European border regimes, the increasing 'ghettoisation' of refugee communities is further entrenching their otherness. The strengthening borders serve not only to exclude and control those on outside, but also to discipline those inside with psychological intimidation and policing.  Physical locks on any refugee centre only reinforce the bureaucratic barriers that immobilise the asylum seeker. Until a decision is taken on an individual case, there is no place they could go, living in the grey areas of what they can and cannot do, who they can and cannot be. 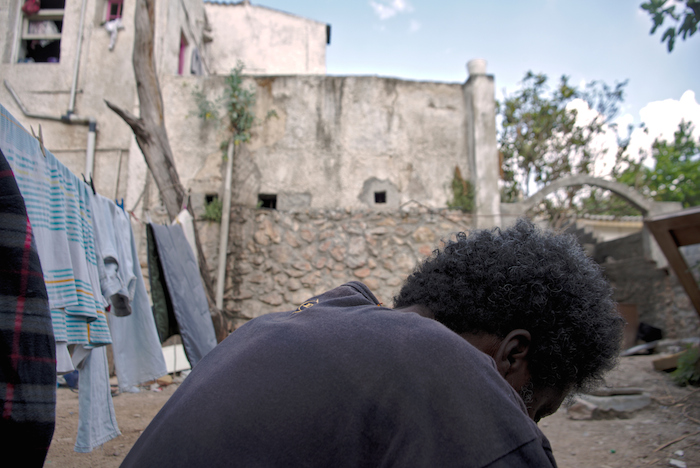 "Arbitrary stop and search is very common particularly if you are black. If you cannot show a permit to stay, you are taken to the police station or end up back in a refugee detention centre where initially you came from" 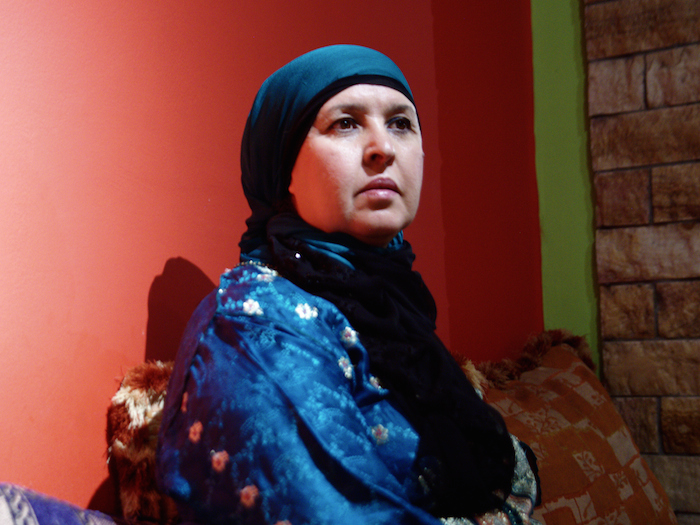 Habiba lives with her daughter in the suburbs of Athens. Originally from Morocco, she has been living in Athens for a few years, yet she is unable to live her life in the way she wishes. She is often abused verbally for covering her hair and she cannot pray openly. 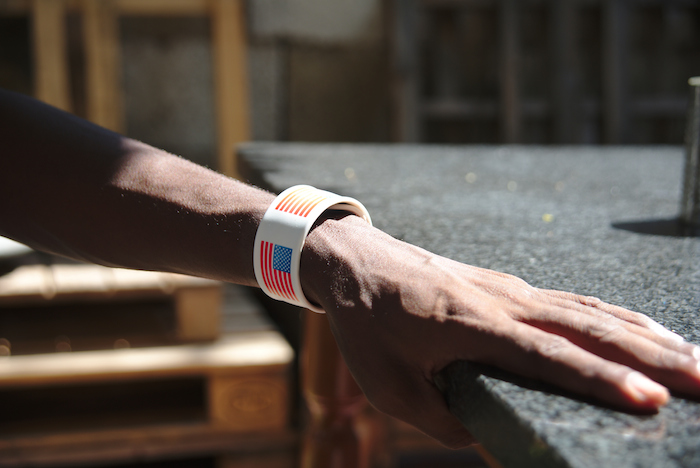 “To enter Libya I spent two hundred dollars. I was in Libya for eight months. In Libya I worked for four months. The first one month I was paid two hundred dollars, the second dollar he paid the same and the last two months I was not paid. Libya is lawless. People carry weapons they can do whatever they like with them. I was not sure what to do. One of my friends tried to leave Libya, but was caught and taken to prison. I see that if you give some money the police let you go and you can leave Libya. So I asked my mother to send me some money. When I think what I left. There was nothing for me. No school, no work, no money. So I get some money and go to the white people – the ones for the boat. To come to Italy it was five hundred Euro. Then I was taken to a house. It looked like one but was a very large courtyard. It was walled. There were fifteen hundred people or so. We were all squashed together. I was there for 5 months waiting for my turn to go on the boat to Italy. The heat was unbearable. Every two weeks you see someone die. Everyday I ask when can I leave and the answer is tomorrow. I cannot go back. I have nothing and I have given all my money to this people. So if I die, I die. I was nine hours on the boat. Not everyone made it. The boat went down and were rescued by the Italian navy.” 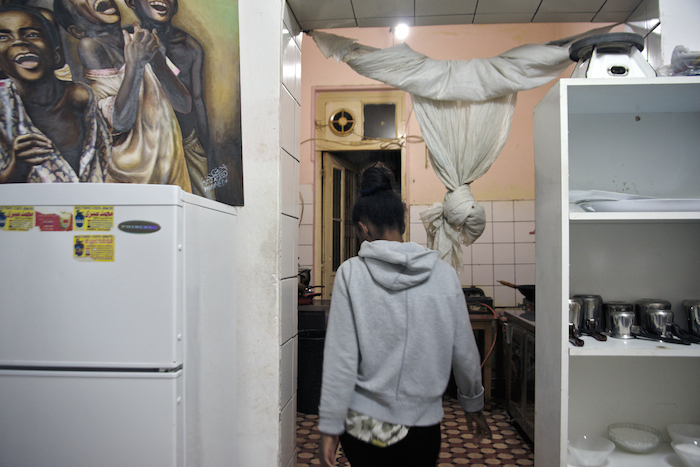 She made it through the perilous journey on a boat. The Sudanese community is helping out by giving her a little job at the centre. She is making teas, coffees and some food. She lives with some Sudanese women she met through the centre. Without papers, she is stranded. 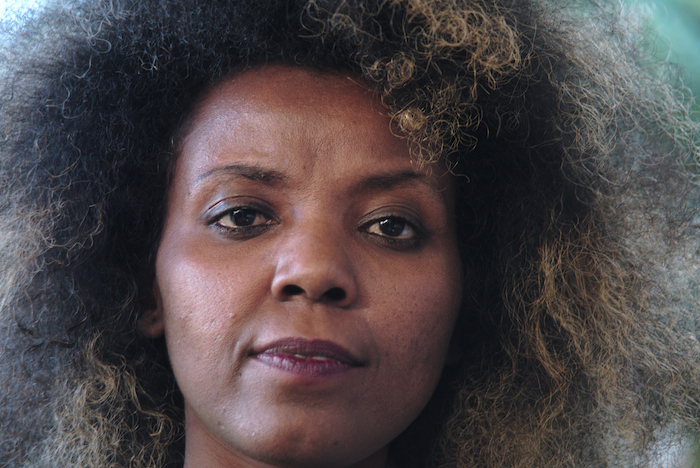 Meisy is receiving medical treatment for clinical depression following repeated hate crime abuses. In one incident, Meisy had just got off from a train when a woman began shouting at her and holding her tightly. No one came to her assistance, whilst the woman made a call to Golden Dawn members to summon them to the station as she was holding someone black to be beaten up. Meisy called her husband and the police. The police never arrived. Her husband frantically went to the police station and demanded that they would go with him to the station. By then, the woman had escaped. She was found later by the police but was never convicted. 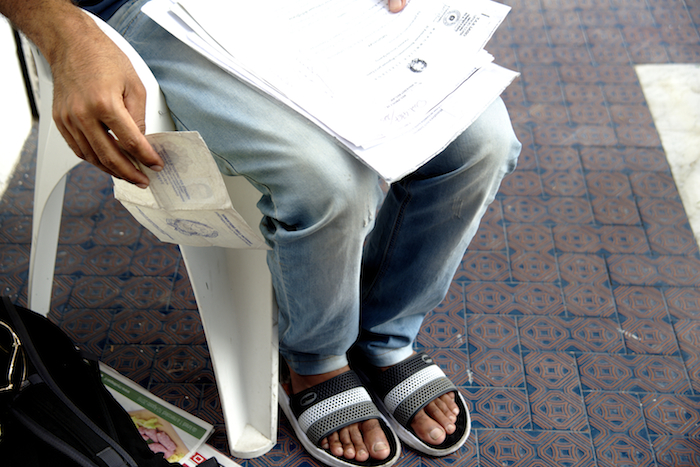 Zahid was finger printed in Hungary which has left him in a very vulnerable situation. He cannot go to the Questura (police headquarters) because he would be deported and cannot receive any assistance for the same reason. He lives in an abandoned train carriage at the moment. He has been advised to stay put and try to survive for the next months as the rule on his first entry in Hungary will be removed after two years.

Cinzia D’Ambrosi is a photographer and member of M55Reports who has spent the past twelve years documenting poverty, marginalization, and violence to advocate for victims of human rights abuses. Her work has been published by BBC, Huffington Post, Amnesty, Metro, Big Issue, New Internationalist, Vice, Oxford University, National Theatre, Shelter, Save the Children UK, and the Justice and Peace Commission Hong Kong. Her book Transitional was nominated at the 2015 Athens Photo Festival and exhibited at the Benaki Museum and is in the permanent collection of the Hellenic Centre for Photography. Her short film Prejudice and us won “Best Campaign” from Hammersmith United Charities in 2016 and was presented at the London City Hall. Her ongoing documentary photographic project Hate Hurts has received support from Amnesty International Greece.