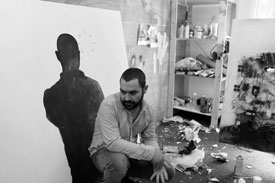 There is no war in Syria. There is a revolution.

Art cannot save the country. Nothing can save Syria except for the revolution. All art can do is to nourish hope for a different future. After three years in which the world hasn’t done anything for Syria, every Syrian feels abandoned. Ours is a deep, desperate loneliness.

I have been drawing for twenty years but I began working with digital art only two years ago when I was forced to escape with my family and I lost my studio in Damascus. I needed new ways to express my devastation in watching tragic events unfold all over the country. My laptop became my tiny portable studio, my form of protest.

Today the definition of a work of art has become much more flexible, but to me art is only art when it inspires critical thinking and in the process it becomes a testimony of history. In The Syrian Museum series I have created works around iconic subjects by European masters such as da Vinci, Matisse, and Goya. I juxtaposed these great achievements of humanity to the destruction around me; I brought them into the context of war.

In Bon Voyage, I highlighted the fragility of political structures in the wake of revolution: brightly colored balloons carry war-torn buildings lifted straight from the streets of Damascus high above some of the world’s best-known political headquarters and landmarks. Hope beyond horror.

I cannot change history but I can make art. I do not have power, nor do I want it. But I still believe in all those people in the streets claiming their freedom. My work does not want to be a political poster, it is just my way to be out there with them. 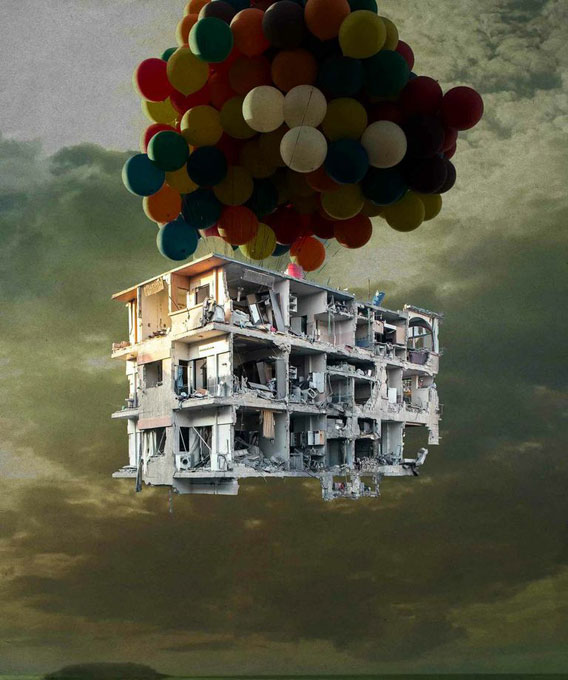 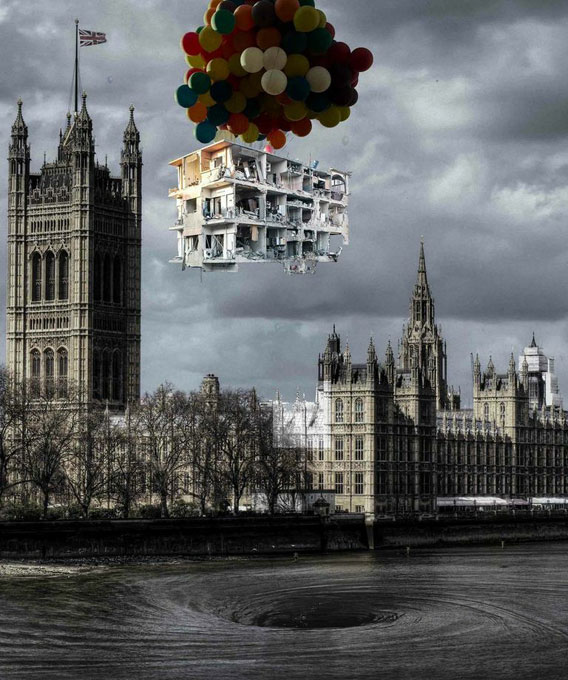 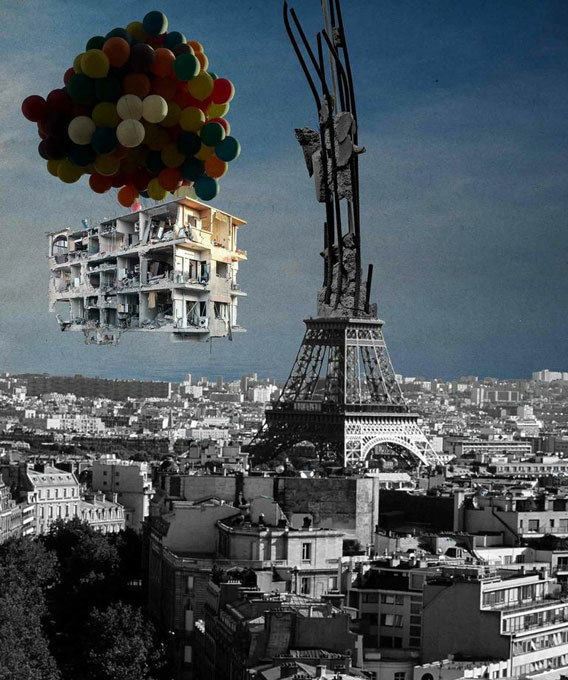 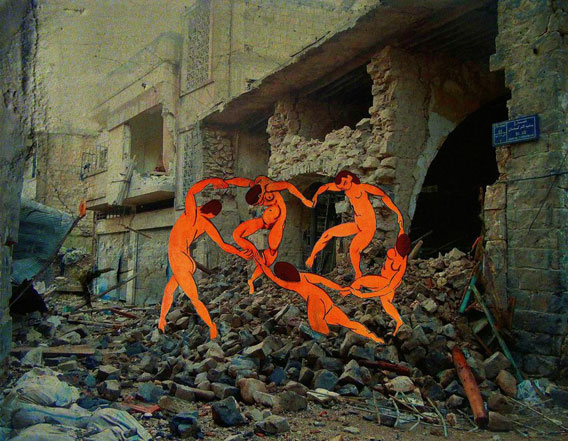 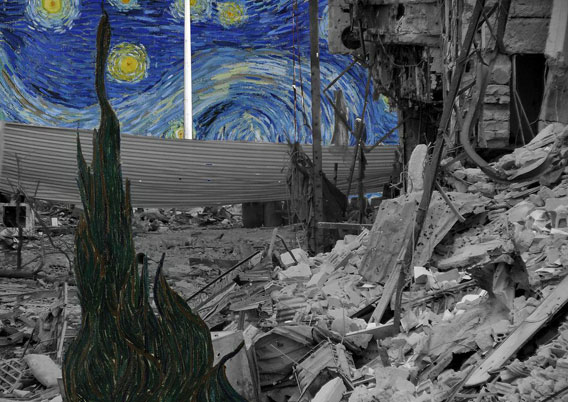 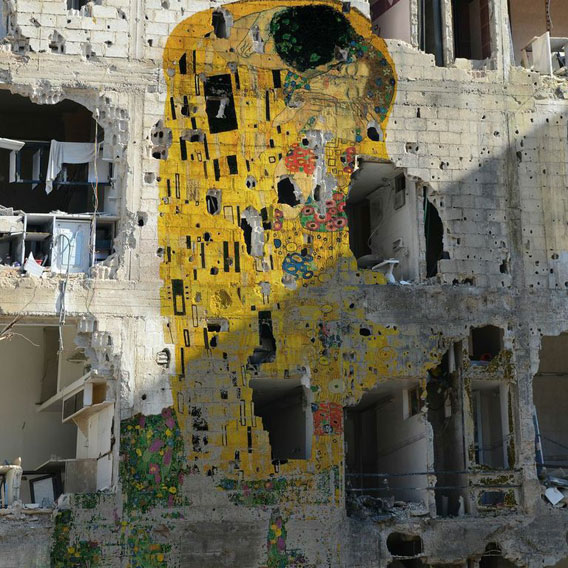 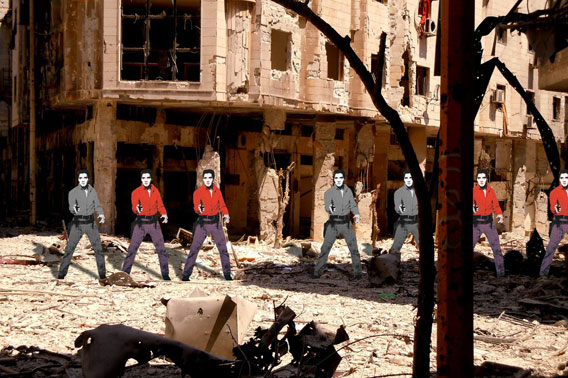 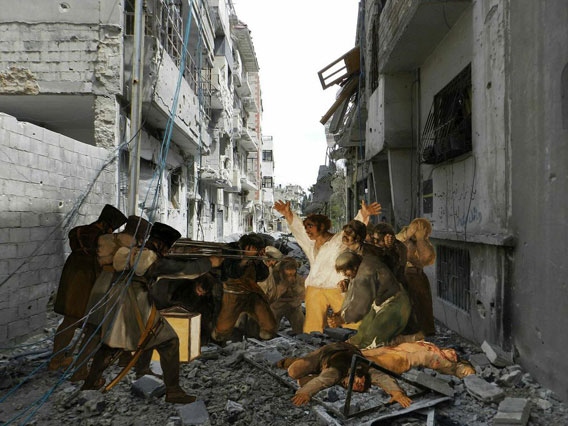 Opinion by Laura Kasinof
Yemen's Change Square, Ten Years On
blog by Warscapes
Ethiopia: Urgent Call and Appeal for Peace
Reviews by Sneha Khaund
The Personal is Political in Assam's Insurgency
column by Esther A. Armah
BEWARE! Statementism and Tweak-o-nomics
Conversations by Nathan Suhr-Sytsma
What binds us, in this boat: Poet ‘Gbenga Adeoba on migration
blog by Warscapes
Open Call: The Corona Notebooks
Poetry by Susan Nalugwa Kiguli
To War Mongers Everywhere
Opinion by Jehan Bseiso
Skyping with Medics in Syria
Reportage by Preethi Nallu
Empower a woman, empower an eco-system
Reviews by Nirupa Umapathy
The War on Terror Goes on Trial
Like any of the articles? Support our work.
Donate Now