Italy, and other European countries, are at the center of serious violations of human rights with the detention and forced deportation of thousands of migrants. The Identification and Expulsion Centers (CIE) are deplorable examples of the contradictions of the Italian and European laws on migration.

It is extremely hard to explain the existence of CIEs. These are not regular prisons and detainees are not regular prisoners. Although foreign nationals are detained within CIEs under the status of “guests,” their stay in these poorly built structures corresponds to a de facto detention, as they are deprived of their freedom and subjected to a regime of abuse and coercion.

Despite not being actually labeled as prisons, the Centers very often resemble prisons, with distinctive features, from their impenetrable nature to barbed wire fences, barking dogs and militarized personnel; making them off limits to Italian civil society, journalists and families of the detainees, who are left alone and in deep distress. The typology of the individuals detained varies, and the length of the detention can extend up to eighteen months. Often the detainees are migrants who have been living in Italy for many years, along with their families, and whose children were born in the country. After losing their job, they cannot renew their residence permit, and if stopped by the police, they are detained in the CIEs and repatriated to their country of origin. The number of families divided by this mechanism is horribly high. Potential asylum seekers are also detained when they fail to ask for political asylum or if they make a mistake in their applications. On the other side of the spectrum, former prison inmates after serving a sentence are also sent to the Centers for what is in essence an illegal extension of their sentence.

It was very difficult to work on this project since journalists and activists could not access the Centers until two years ago. When I was finally granted access, I was under strict and constant supervision. It felt as if I had just stepped into a non-country, a painful limbo where human rights are suspended and violence rules. The CIEs disoriented me. The people held are lost in confusion, pain and fear. At the same time, it is very hard for the lawyers to work for the detained because Italian law on migration doesn’t give them juridical tools to defend the migrants and avoid their expulsion.

Some progress has been made recently, but journalists and activists still face major obstacles in promoting human rights and public awareness. The campaign “LasciateCIEntrare - Close down CIEs," involved, amongst others, legal experts, and associations who accused the Italian authorities of repeatedly violating human rights. Thanks to the good work of activists, accessing and interviewing detainees in the Centers is now a little easier, but the goal of closing them down and reviewing the legislation on immigration is still a mirage; in this sense the lack of reports and interest from the Italian mainstream media is unforgivable. 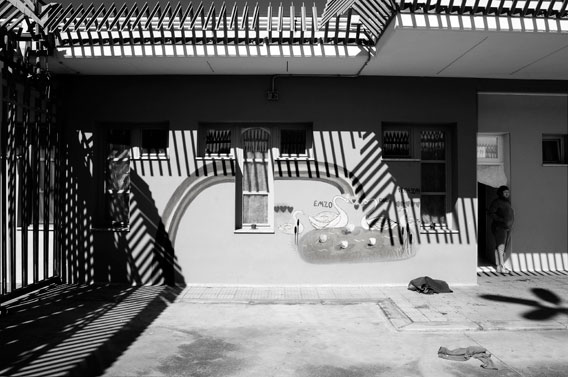 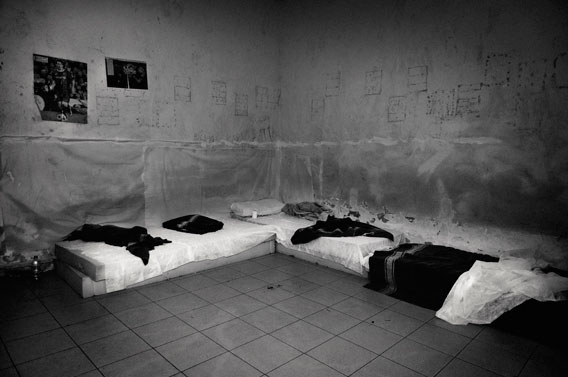 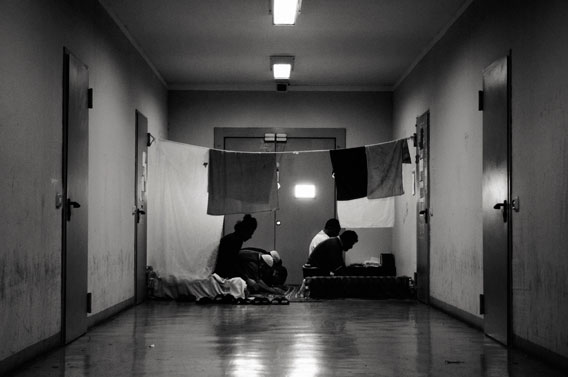 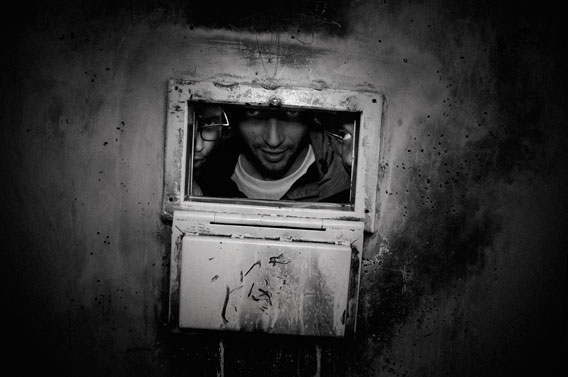 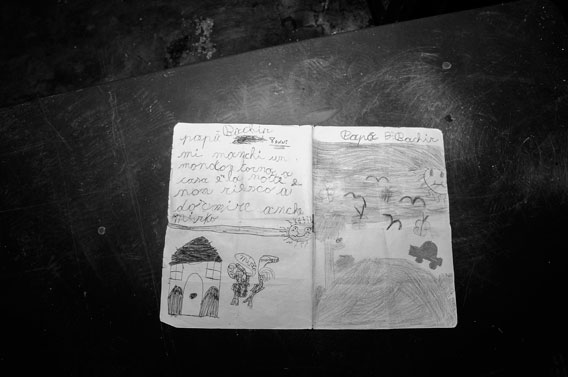 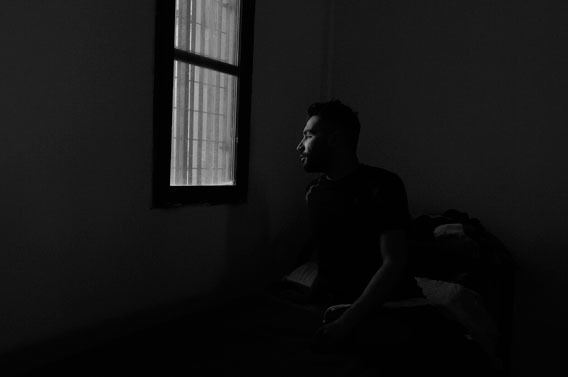 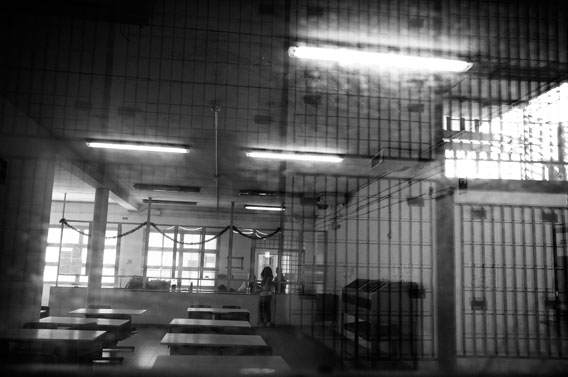 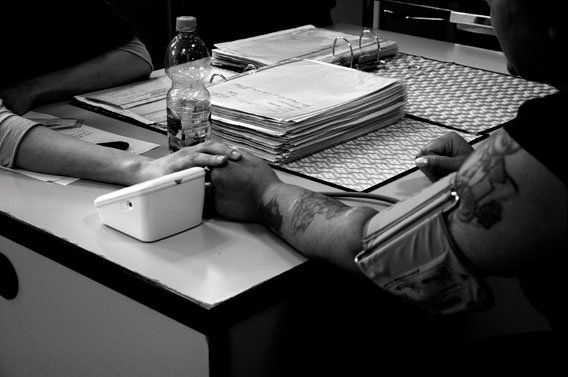 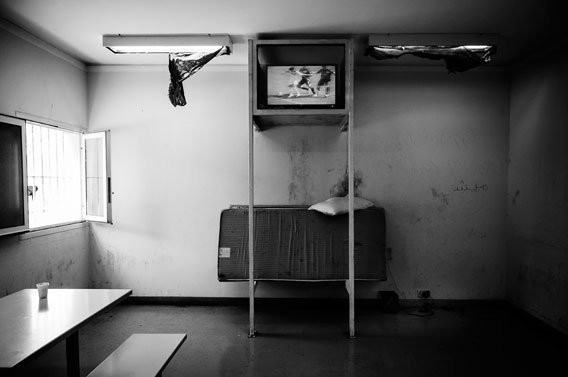 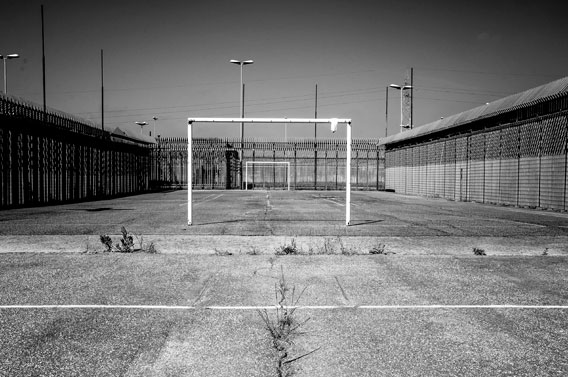 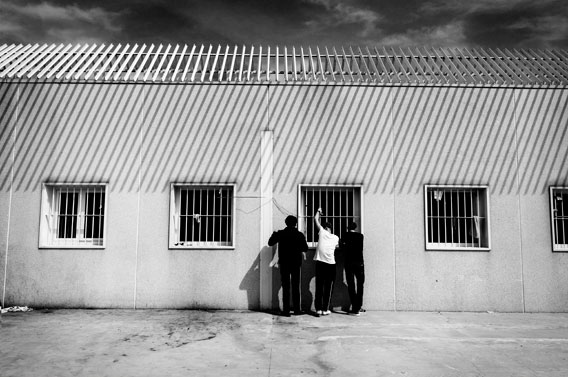 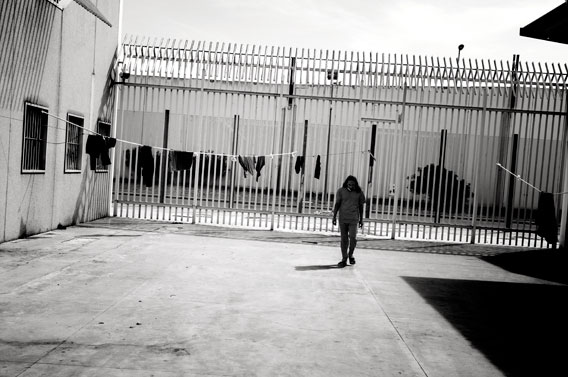 Mario Badagliacca was born in Palermo in 1980. He graduated in Politics and International Relations at the University of Naples L'Orientale. During his studies in Naples he worked with several nonprofit organizations. He graduated in photo reportage and photojournalism in Rome, where he is based. Focused on local realities, he is currently working on long-term projects on migrants’ and migrant communities’ daily practices and adjustments within the migration process and on the effects this produces. His photographs have been published by some of the major national and international newspapers and magazines.

Conversations by Nathan Suhr-Sytsma
What binds us, in this boat: Poet ‘Gbenga Adeoba on migration
blog by Cinzia D'Ambrosi
Deathscapes amplifies horror of deaths in custody
Conversations by Zahra Moloo
What’s Wrong With Rights? Radha D’Souza in Conversation
blog by Ismail Einashe
Morocco celebrates migrants through arts and culture
Reportage by Rob Stothard
Carceral Landscapes: UK’s Growing Detention Spaces
Conversations by Caterina Bonora, Jakob Brossmann
Lampedusa in Winter: In Conversation with Jakob Brossmann
videos by Franco Galdini
Moscow's Little Kyrgyzstan
Reviews by Philipp Schulz
Born of War: Uganda and Post-Conflict Integration
Opinion by Michael Bronner
The Guantánamo Diarist is Cleared for Release!
Conversations by Michael Busch
"Next Time They'll Come to Count the Dead": A Conversation with Nick Turse
Like any of the articles? Support our work.
Donate Now