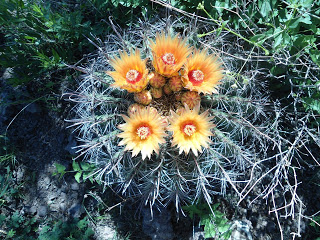 In August 2011, I spent nine days camping in the Sonoran Desert along the Arizona-Mexico border, volunteering with the direct humanitarian aid group No More Deaths. The group’s mission is to end suffering and death in the desert among migrants (according to No More Deaths’ website, some 179 people died in 2012, which does not include missing persons or unrecovered remains). The Tucson-based organization patrols Arizona’s borderlands performing water drops, giving direct medical aid to those in need, acting as a witness and making services available to newly deported individuals in Nogales, Mexico, helping to contact family members, retrieve confiscated personal items and report Border Patrol abuses while in custody.

During my nine days, I made daily hikes along migrant trails carrying gallons of water, cans of beans, Vienna sausages and “migrant packs” (Ziploc bags stuffed with extra socks, electrolyte pills, band aids and snack bars). At strategic points along the trails, we dropped off these supplies in hopes that someone in need might find them. Before moving on, we wrote messages or drew symbols on the water and food so that quick-moving migrants might know that these life-saving items could be trusted and were not traps set up by Border Patrol, ranchers or Minutemen (the self-appointed “civil defence corps guarding the border). I also chose to draw images of the Virgen de Guadelupe because it was the most consoling symbol I could think of.

Sometimes, when arriving at a drop, we would find water supplies – left by a prior volunteers – slashed and emptied by the Border Patrol. One early evening, volunteers found a near-dead man, shirtless and shoeless, along the side of a road. He was found by chance, and we all understood that if he had been left out one more night, he would have died. That man – along with the sight of the Border Patrol on horses, in trucks, or flying over head in helicopters; the slashed water containers; the bullet casings left in the dirt – all reminded me that I was living in a low-grade war zone where people are suffering and dying. And I was less than a 10-hour drive from my home in Los Angeles. 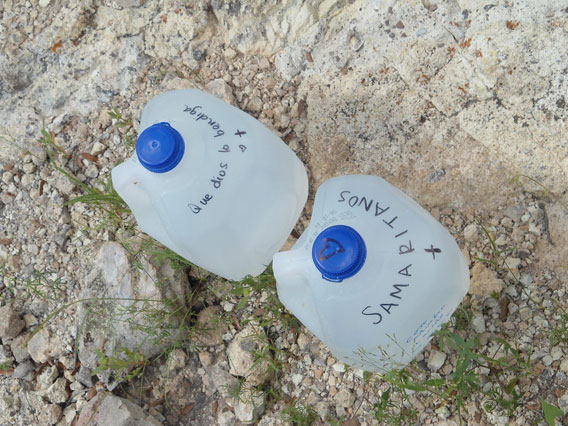 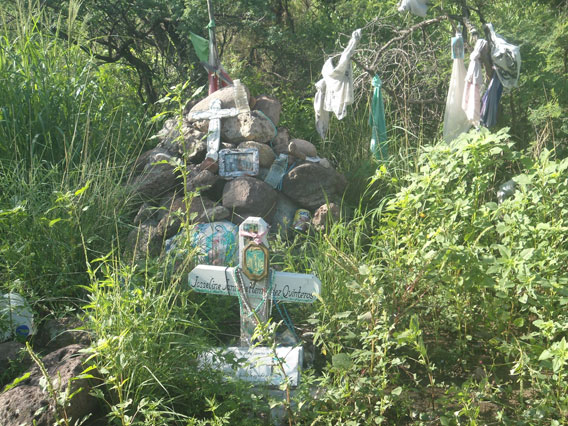 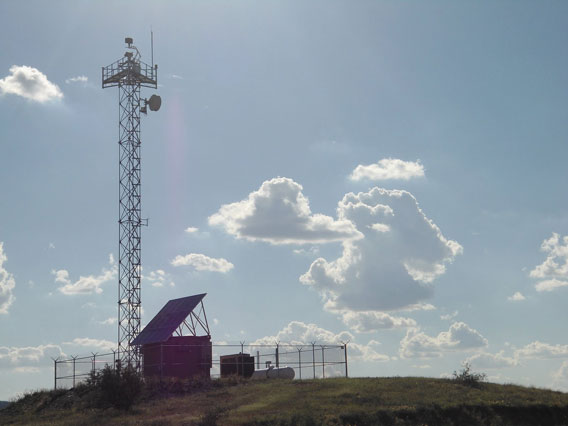 Art by Taylor Miller
South, and by the Sea: Palestine and Arizona
Opinion by Michael Busch
What's In Store for Betsy DeVos
Opinion by Ikram Ullah
A Century in Defiance
Conversations by Michael Busch
"Next Time They'll Come to Count the Dead": A Conversation with Nick Turse
blog by Melissa Rodriguez
UN report: Syrian government is exterminating its own people
blog by Deepali Srivastava
The Panama Papers aren't about Panama
blog by Fabio Andrés Díaz
One Country, Two Peace Processes
Reviews by Greg Shupak
Cuba in the World
podcast by
Border Crossings: A Conversation with Mexico's Yuri Herrera
Reviews by Chandra Frank
Chimurenga Library: Creating Temporary Homes, Traveling Diasporic Sound and Shaping African Futures
Like any of the articles? Support our work.
Donate Now