Raktim Sarma was a former junior commissioned officer of the ULFA (United Liberation Front of Assam), the most visible independentist militant organization in the Northeastern Indian state of Assam. Incarcerated for a brief while by the Indian state after “Operation Clear Out”—a military offensive carried out by the Royal Bhutanese Army in 2003 against anti-Indian independentist groups who had their bases in the country—Sarma now practices law in Goalpara district in Assam. Besides Boranga Yan (2006), he is also the author of two other novels: Kafila (Caravan, 2008) and Rupor Khapor Tarowal (The Sword with a Silver Scabbard, 2010). Boranga Yan is a fictionalized version of Sarma’s experiences as an ULFA militant in Bhutan. The novel ends with the expulsion of the ULFA cadres and their families from Bhutan in 2003. The small extract below 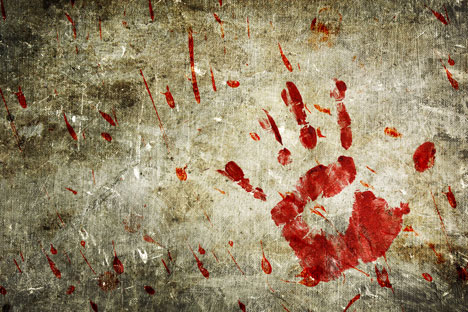 narrates the harrowing experiences endured by Pratyush—the novel’s protagonist—and his guerrilla troop as they search for their lost comrades Deepkon, Maihang and Anurag in the densely forested no-man’s zones in the Indo-Bhutan borderlands. Pratyush’s group is separated from their missing comrades after an ambush by the Indian army.

Overall, the narrative structure and the representation of the guerrilla’s body in Boranga Yan bears comparison to well-known guerrillero testimonios like Che Guevara’s Reminiscences of the Cuban Revolutionary War and the former Sandinista Omar Cabezas’s Fire on the Mountain. We notice how this “global” line of revolutionary filiation is explicitly invoked in the section above when the narrator compares the harrowing scene near the banks of the Hawka in Bhutan to the kahini-jen loga (story-like) space of the Bolivian forest. At the same time, this section also shows the immense differences in the acts of witnessing the disintegrating corporeality of the militant in texts like Fire on the Mountain and Boranga Yan. In Fire on the Mountain, the disintegration of the guerrilla’s body is represented as a rite of passage where the contemporary “epic hero”—the male guerrillero—passes through death and disintegration so that a new form of life can be born in the future. In Boranga Yan, this passage through death into a new form of “life” is desired ardently, but becomes inaccessible to the revolutionary subject due to the retrospective consciousness of defeat and debilitation. However, the relative inaccessibility to the transformative, “sacrificial” potential of the body—an important narrative trope in cultural productions on militants—re-routes the act of witnessing decaying, disintegrating corporeality into a different mode of ethical reflection. As in the famous “grove of death” sequence in Heart of Darkness, the segment below is simultaneously a haunting phenomenological description of the act of witnessing the unimaginable disintegration of the human body, and a demonstration of how corporeal and moral disgust coalesce in framing possible ethical responses and relations with representations and forms of the “inhuman.”

Note: Words in English in the original are in italics. Occasional emendations in brackets are mine.
- Amit R. Baishya

On the evening of that day, almost everyone who had been trapped in the ambush made their way to the camp. The only absentees were Anurag, Maihang, Moon and Deepkon. The group, almost convinced that they had been killed, declared them national heroes by distributing pamphlets when they did not receive any news about them even on the next day. However, to everyone’s surprise Deepkon’s voice wafted in on the R.T. at night—“Please rescue me from this place, over…my leg has been splintered by a grenade…if I stay here, I will die of thirst…over…can anyone hear me?” Deepkon repeated the same message the following morning. However, despite repeated queries, he could not tell them anything definite about his location. He too had lost his bearings in the dense forest. Contact with Deepkon ceased the next day. The Control Station made repeated efforts, but Deepkon didn’t respond via R.T. Two days later, after Deepkon’s R.T. contact had ceased, everyone was convinced that he couldn’t have survived the bloody ordeal. In the meantime, the (Indian) army men entrenched below had also ceased firing. Thus, three days after the incident, Pratyush and his troop came down from the camp to the no-man’s zone near the (Indo-Bhutan) border on a mission to recover Deepkon’s dead body.

Pratyush and his troop faced some extreme challenges. Despite the ever present possibility of an ambush, they moved in a file-formation and began scouring the forest. They opened the safety catches of their guns so that they could take instant action at any hint of potential danger. However, they did not find any trace of Deepkon’s contingent even after they conducted numerous searches in the dense forest. Moreover, the rain that fell during the night washed away all traces. One section, seeing no alternative at the end, crossed over to the banks of the Hawka to get some supplies from the U.G. Pratyush’s section, however, kept searching for the dead body. After having investigated almost all possible sites, Pratyush and his band were startled when they heard a cry coming from the opposite direction. Suspecting something, they became alert and tried to follow the direction of the cry. Another shout—“Oi, who is there? Come quickly.” Everyone was more or less certain that that voice must be Deepkon’s and no one else’s. Immediately, Pratyush and his troop crossed a deep trench, and advancing in a stalking formation went in the direction from where the voice was wafting towards them. From a distance, they spotted Deepkon lying in a clump of elephant grass, clad only in his undergarments with his gaze directed upwards. Covered by kosu (the arum plant) leaves, the antenna of his R.T. was visible close to his head. Above him was the open sky. The burning rays of the scorching sun. His swollen, bullet-ridden leg resembled a bloated banana tree. Approaching him, Pratyush ran his hands over his body. They had never imagined that Deepkon could survive in this fashion. The ensuing scene evoked horror among Pratyush and his comrades. At that moment, a rotten stench wafted towards them from somewhere. Kamal’s act of lifting Deepkon’s bullet-ridden leg and examining it carefully revealed innumerable insects streaming out in all directions from the holes bored by the bullets in the latter’s flesh. Deepkon screamed in extreme agony. For an instant, Pratyush had to close his eyes in extreme disgust (ghrina) when beset by the horrifying sight of insects streaming out of a living human body. At the precise instant of witnessing Deepkon’s insect-infested leg, it seemed as if the incessant sound of the wind flowing through the forest was repeating an incantation in his ear—Bolivia! Bolivia! It was as if the histories of guerrilla warfare in Cuba and Bolivia, frequently narrated by Phukansir, began to unroll sequence by sequence, as in a movie, before his eyes. It was said that during an extreme shortage of food Che Guevara used his rotting, bullet-ridden leg as bait to hunt rats. Ah! Time can be so cruel and terrifying. Pratyush and his companions had never come face-to-face with such a harsh reality. For a moment, in their subconscious minds, it was as if this dense forest near the banks of the Hawka became united with that story-like space of the Bolivian forest. War can truly be so horrifying. Despite that, they had become accustomed to the terrors of war.

“You haven’t brought water for me. It’s been days since I drank water. Last night, the nobou (newly married sister-in-law) of that house came here and gave me water—do you understand? What sort of companions are you? Please bring water quickly. Otherwise I will die…” Deepkon had begun hallucinating. Amazingly, his voice was still very clear at that point! Pratyush and his companions were amazed at this.

Pratyush and a few others went hurriedly in search of water. But there was not a drop to be found in the vicinity. Even though it had rained at night, the water in the ditches and hollows had evaporated due to the searing sun. Failing to provide even a drop of water to Deepkon in that condition induced an extreme amount of agony in the hearts of Pratyush and his companions. They had only come in search of his dead body. That Deepkon could survive in this manner was unimaginable even in their wildest fantasies. Agitated and sweating profusely, Kamal, Pratyush and the other companions came back to where Deepkon lay.

“Did you get water? Oh, see there is a lot of water on your bodies? Please give me a little of that…please. Kamal, please take off your vest for a while.” Like someone crazed, Deepkon began to bite and suck the dry camouflage shirt that Kamal had placed on his head. However, despite the circumstances, how could Pratyush and his band let their compatriot partake of the sweat of their bodies? On the other hand, there was the sight of Deepkon crazed by thirst. Seeing no other alternative, Kamal took off his sweat-laden vest and squeezed it near Deepkon’s mouth. Beset by extreme agony, Pratyush closed his eyes. He wasn’t prepared to witness such a harsh reality. Opening his eyes once again, he saw the cruel image of Deepkon greedily sucking the vest that he had snatched from Kamal’s hands. Ah, the bitter taste of revolution!

Amit R. Baishya is an Assistant Professor in the Department of English at Ball State University in Muncie, Indiana. He is currently completing a book manuscript on violence, terror and survival in fictions from Northeast India.