“Because it was a competition thing, I never got to sign off on the book,’ says author Andrew Miller in response to why he chose the name he gave to his 2015 Dinaane Debut Fiction award winning novel Dub Steps. It’s a reference to the dub music of the master fold ‘Scratch’ Lee Perry and his ilk, a tongue and cheek nod with distant mutation dub step, and a statement of intent on the author’s part to keep things in constant motion. Part of the write-up at the back reads, ‘Dub Steps has a strange, long aftertaste. It is science fiction with ordinary characters trying to understand what it is to be alive.”

The Johannesburg writer's first novel imagines a world with no one else but him in it. How did it come to be that Roy Fotheringham, the protagonist, wakes up to find that EVERYONE in his world is gone after falling asleep for two days? How does he go about re-creating life? What happens when Roy finds the one other person left? Dub Steps wrestles with "identity,  race, sex, art, religion and time" in an engaging, ultimately funny way.

Recently Miller took time from fussing over the final pages of his next novel to talk shop with Ts'eliso Monaheng about how it came to be, how long it took him to write it and some of the music that it features, from the likes of deceased master composer Moses Molelekwa to vintage soulful DJ Vinny Da Vinci’s soulful Africanism and the offbeat Markus Schulz. 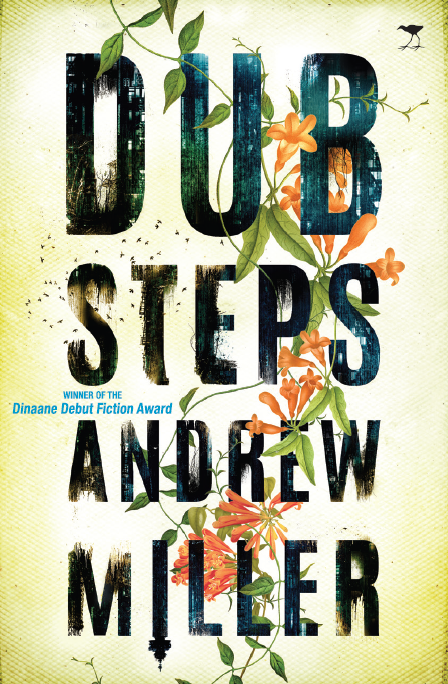 Andrew Miller is Johannesburg-based freelance writer. He has worked extensively in the city arts scene over the last decade, and has helped a wide range of emerging artists to develop their careers. Andrew is also a public speaker and performance poet, and has appeared on many stages across Gauteng, from business schools to the Daily Maverick Gatherings, where he discusses ideas such as urban culture, disability, death and the challenges of being South African.

Ts'eliso Monaheng is a Lesotho-born writer with a keen interest in music. His focus is in covering emerging music scenes (mainly jazz and hip-hop) in Africa and the diaspora.

BEWARE! Statementism and Tweak-o-nomics
Like any of the articles? Support our work.
Donate Now