‘I want my father! And I want my sister! Fuck your condolences! My sister died fighting for justice! She died! She’s dead! She’s gone! My father is gone!’

Emerald Snipes Garner, Erica Garner’s sister and Eric Garner’s daughter. She was responding to the decision no charges would be brought against Officer Daniel Panteleo for killing Eric Garner after putting him in a chokehold. The announcement was made the day before the fifth anniversary of Eric Garner’s on camera killing.

11 times he told the mob of policemen surrounding him, and the Officer who had him in a chokehold: ’I Can’t Breathe’.

11 times they ignored him.

‘They play games with our lives’ said Eric Garner’s mama, Gwen Carr at a press conference after the announcement.

I hear the pain wrapped in righteous rage in Emerald Snipes Garner’s voice on the steps outside the courthouse. I hear the anger and frustration in Ms. Gwen Carr’s voice. 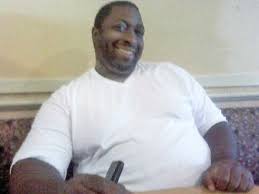 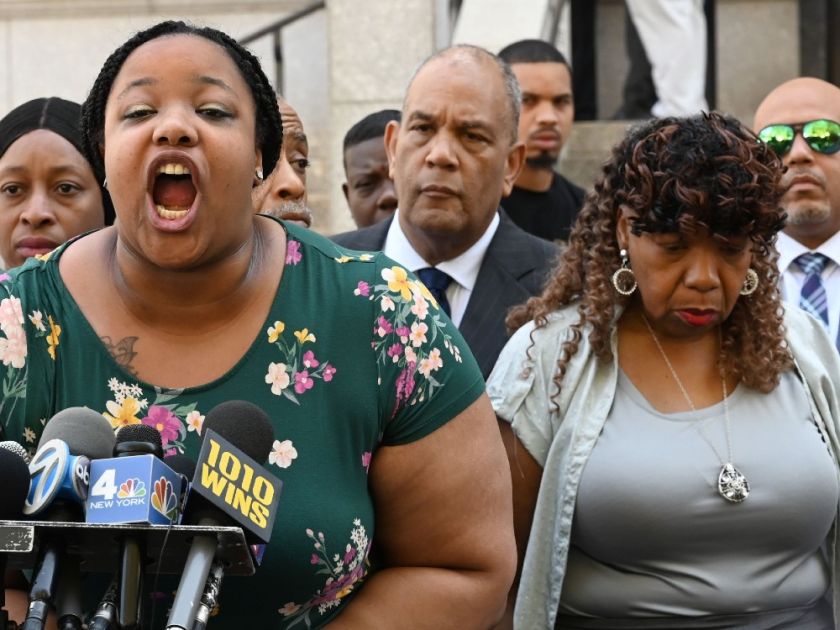 In the US, we’re told grieving has a series of five steps. It’s called the Kubler-Ross model. It comes from psychologist Elizabeth Kubler Ross and her 1969 book about terminally ill patients called, ‘On Death and Dying’.  Those five steps are Denial, Anger, Bargaining, Depression and Acceptance.

In Kubler-Ross’s model,  death is coming, and the loved ones know that. They have preparation time. The death is incident, singular, there are preparations made.

Black folks’ brutalization, violation and murder by the police and the State, is so often, sudden, and without provocation. If it is filmed – as Mr. Eric Garner’s was - we are witness again and again as life, dignity, humanity is stripped and ripped from our loved one.

This is an Emotional terrorism. It is a forever unsafeness for which there can be no real preparation.

So, that list, those five chronological stages, do not work for Black folk.

There is particular emotional labor Black folks do unrecognized by these five stages.

Emotional Justice reimagines grief as it refers to Black people slain, violated and brutalized by the state, and the impact on their loved ones, and us as a people. It is not about death alone. For Black folk in the US, in England, in France, in South Africa - in so many spaces, too many places - State brutality is not incident, it is unrelenting cycle. It is an economy of violence.

This economy of violence moves in a cycle. First, it’s our loved one brutalized by the police. Then, it is being witness to that brutality due to filming. Then, it’s the family’s fight for justice for their loved one. And then it’s the multiple ways the System dehumanizes, degrades and discards Black folk as they fight with bureaucratic systems designed to discard brownness,. And then it’s watching folk navigate the reality that no-one will face judicial consequences for their actions.

This cycle takes a toll. This toll requires Emotional Justice.

Emotional Justice honors how Black folks’ death and brutality by the state swirls around Black families, Black women and girls, Black mamas and sisters, Black daddies and brothers, and us as global Black witnesses. Emerald Snipes Garner spoke about seeing her father’s name ‘dragged through the mud’. There is the emotional labor to revive his humanity, even as the police criminalize his corpse. Then there is the fighting for justice, protesting injustice, and being witness to incident, upon incident. The violence doesn’t stop, pause and make space for the grief journey from stolen breath to stolen justice. 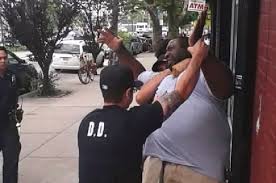 What happens to your heart and soul watching breath stolen on repeat?

It is emotional terrorism.

Emotional terrorizing is unseen humanity. It is a forever unsafeness.

For Black folk, grieving is like being in the mountains. The cycles of violence and their toll make it hard for us to catch a break and catch our breath. We are dealing with changing altitudes, wrestling with shortness of breath and the shifting terrain of the legal system. Black folks grieving is part of an intimate relationship with violence.

Emotional Justice for grief is a ladder because mourning in an economy of violence can feel like constant climbing. One rung higher than the next, escalating emotional labor in the fight for some kind of justice that so often never comes from the courts.

It is this Emotional labor unique to Black folk that we must honor and name as part of our grieving process. That trauma bleeds and brutalizes.

We’ve heard of dumbing down, right? With Black grief, there can be a numbing down. It is a gradual unfeeling that occurs within our bodies. From our toes through to our bellies, our hearts, our heads and souls, we go numb - all the way down. Because, it is just too much. The unmeasured toll in us and for us manifests in other ways. We self-medicate, feed emotional selves, feed our unmet, unfed appetite for having our humanity recognized through judicial justice. The unmedicated heartache and soul-break that we medicate with white Jesus and obesity and pills, and gambling and drink, and manifests with the diseases of diabetes, fibroids, stress, and, and, and….

Numbing down changes how we see each other. We may avoid each other’s pain in order not to trigger our own. We may sharpen our tongues, or soothe our emptiness by filling our bellies, we may create a soundtrack to hold fragments of ourselves together. But, we are not as we were. Numbness is pierced, even if we don’t feel the piercing – and others can’t see or feel our pain. It might be rage or defiance. Or depression and despair. It might be all of those.

We must be kinder to each other in the face of a grief for which we don’t always have language. We cannot timeline and deadline our grief. It is hard. We are used to swallowing it, stuffing it and storing it. We must learn to language our grief as it occurs within our Black bodies.

When empathy exits, there is no longer interest in our fight for our particular dead loved one from so much of mainstream America. It is being expected to explain, to speak – in a calm, measured, even tone - your right to breathe, scream, break, bleed as you are being choked. And then it is negotiating all the ways the world tells you that you could have, should have done something different. A grief that makes us incoherent, rage filled, lashing out – in other words human – risks an empathy exodus. That’s because our emotions are racialized.

Yet, we must grieve even within injustice systems and their economies of violence in order to maintain some sense of wellbeing.

That phrase:- ‘what doesn’t kill you makes you stronger’ changes within an Emotional Justice grief paradigm. It becomes:  ‘just because it didn’t kill you, doesn’t mean it didn’t leave you broken in some part of yourself. It doesn’t mean it didn’t deepen already existing scars, it doesn’t mean it made you stronger in your broken places.’ For Black folk it must be: ‘you don’t have to die to be killed. You can be killed by the ways our loved ones are robbed of any kind of justice, the ways we are unloved by the violence we must negotiate. You can be dying even as we strategize, organize, conjure, create and commune.’

And, the world requires Black folk simply continue, untouched and untroubled by such brutality. Indeed, we as Black folk congratulate ourselves on getting up and keeping on, as we take the next step, get up, go to work, the classroom, the office, the boardroom, get on the bus or the subway. Black women and girls keeping on is lauded and applauded. For our brothers, masculinity gets wrapped around emotionality and can turn grief into a particular unloving between us as Black peoples.

When it comes to police brutality we have what I call an ‘Emotional Patriarchy’. That is when society privileges the feelings, fear, pain, hurt, needs of white men no matter the cost or consequence to the rest of us. That’s how a police officer armed with badge, shield, taser, gun, kills an unarmed Black person and says they were afraid for their life and society accepts this as a suitable defense for murder. The police officer doesn’t just carry a weapon. Their body is the weapon.

We need to fully reflect the range of emotions we as Black folk navigate due to structural racism, and this economy of violence.

Esther A. Armah is an international award-winning journalist. She works across print, radio, television and theatre. She is Director of EAA Media Productions. She is a columnist for Ghana’s Business & Financial Times focusing on media, gender, policy and violence and host, creator and Executive Producer of “The Spin,” a weekly one hour all women of color round table podcast that airs in the US, London, Ghana and Nigeria. She is the creator of “Emotional Justice;” a language, process and practice exploring a legacy of untreated trauma due to global histories of black peoples and their contemporary manifestations.