Maps of Exile is a spare, compelling examination of African migration to Europe, told from the insides of detention centers and migrant camps, from the Sahara to the Mediterranean. 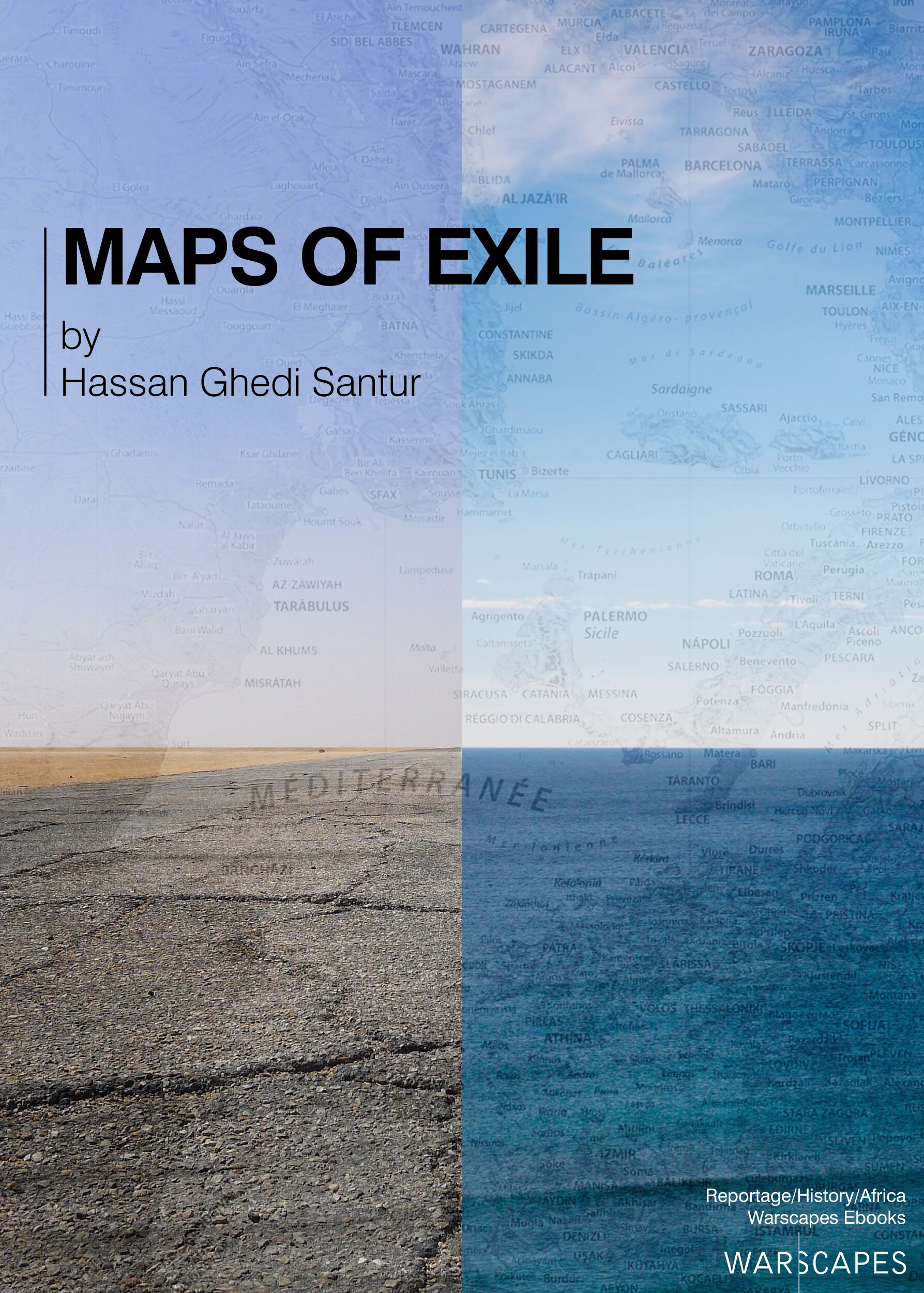 At a time when media coverage of the refugee crisis spotlights individual suffering without context, journalist Hassan Ghedi Santur places current migration trends in specific structural realities, holding Europeans accountable for the systems they have built.

The book incorporates a variety of elements into a tableau of modern African-European migration. Santur captures the decision-making processes of migrants with refreshing clarity, showing the lengths to which they must go in hopes of securing what he calls "the basic stuff of life." Santur shows migrant encampments in Europe not as a viral blight on the landscape, but as communities of extraordinary resolve.

Maps of Exile is an edifying look at migration in an oversaturated media moment, which questions the presumption that hope for the future is not, in fact, a matter of life and death.

Maps of Exile by Hassan Ghedi Santur from Warscapes on Vimeo.

Praise for Maps of Exile

"I can't get this book out of my head. I've learned so much, some of it almost unbearable, such as the existence of a "freedom loan", can you believe it? What might this tell us about the world we have created? Maps of Exile is helping me think more deeply about the contemporary political moment, but it's also urging me to ask much bigger questions about what it means to be human. I want everyone to read this book - and I want Hassan Santur to write much more."
- Lara Pawson, author of This Is the Place to Be and In the Name of the People: Angola's Forgotten Massacre

"The migrant waves washing into Europe are too often seen as faceless masses fleeing unknown conditions. Hassan Ghedi Santur waded into one of the most notorious stopping points on the migrant route, the camp called The Jungle in Calais, to tell us, with poignant, vivid clarity, the stories of several of its residents. You can't read these stories without being deeply moved. More importantly, you will gain a far deeper understanding of what's sending so many migrants on such harrowing journeys - these "ordinary people with the most ordinary yearnings: safety, freedom, jobs." Superb writing and sensitive reporting on a story that is changing politics and economies around the world."
- Ann Cooper, foreign correspondent and former executive director of the Committee to Protect Journalists

Maps of Exile succeeds in a relatively short span in conveying both the epic sweep of the mass migration of millions of refugees from Africa to Europe while also giving us detailed human portraits of the desperate itineraries and fragile hopes of some of the individuals who risk their lives daily trying to find a new home. [Santur] deftly moves from the particulars of individual lives to the broad canvas of Europe and Africa struggling with convulsive, painful change."
- Alexander Stille, San Paolo Professor of International Journalism at Columbia Journalism School and award-winning author of The Future of the Past and The Force of Things: A Marriage in War and Peace.

An affecting, clear-eyed and brutally honest account of the refugee crisis. I recognized many of the characters Santur writes about and their exodus is one that has shaped and impacted my own family in many ways.
- Nadifa Mohamed, author of Black Mamba Boy and The Orchard of Lost Souls

Santur has created a nuanced, clear-eyed, and compassionate testament to the dignity, determination, and desperation of economic and political refugees. Never has a work been more relevant and timely; Maps of Exile should be read by every person of conscience.
- Lauren B. Davis, author of Against a Darkening Sky and The Empty Room

Hassan Ghedi Santur was born in Somalia. Along with his family, Santur emigrated to Canada just before the start of the civil war. He holds a BA in English literature and MFA in screenwriting from York University in Toronto and a MA in Politics and Global Affairs from Columbia Journalism School. For many years, he worked as a radio journalist for CBC producing long-form documentaries and current affairs shows. His debut novel Something Remains (2010) was long-listed for the The ReLit Awards. He recently completed his second novel The Youth of God an excerpt of which appears in the forthcoming anthology Imagine Africa: Volume 3.