In the 1960s, Nobel laureate economist Simon Kuznets conducted rigorous empirical analyses to conclude that capitalism inevitability decreases inequality. The elegant bell-shaped Kuznets' curve shows inequality at first rising with capitalism and then falling as countries reach advanced stages of development. More than fifty years on, in post-2008-recession America, 42-year-old French economist Thomas Piketty has become talk of the town for using Kuznets' methods – and turning his conclusion on its head.

Kuznets stood at an unusual moment in history, Piketty pointed out last night as he presented research from his masterpiece work Capital in the 21st Century to a full-capacity auditorium at the CUNY Graduate Center in New York. Inequality decreased during 1914-1945 because large fortunes were wiped out by two world wars and the Great Depression; to understand the real connection between capitalism and inequality, study capitalism before world war one, he urged.

The crux of Piketty’s argument is this: Historical patterns show that inequality increases because post-tax rate of return on capital (r) tends to exceed the growth rate of the economy (g). In simpler terms, this means that those who own capital (profits, dividends, rents etc.) grow rich much faster than others. Without policy interventions (or violent upheavals like wars), wealth accumulation by them is virtually unstoppable.

Like Kuznets, Piketty has used historical tax records as one of his main data sources. Introducing Piketty to an adoring crowd, Janet Gornick, director of the Luxembourg Income Study (LIS) Center at the Graduate Center (home to a repository of cross-national data on income and wealth) explained why that matters: tax records reveal much more about the assets of the super rich than national income surveys do. As America’s super rich – and the hollowing out of “the other 99%” – increasingly become hot-button issues, it seems like Piketty’s evidence-based argument, informed by 200 years’ worth of data, has come at just the right time. Combining economic history with mathematical modeling is an accomplishment in itself, and Piketty does even better by telling the story visually through simple charts, summarized nicely in this New Yorker piece.

Economists Paul Krugman and Joseph Stiglitz, both of whom shared the stage with Piketty and offered remarks on his book, seemed delighted by the ammunition it provides them. Stiglitz, who spoke first, made the connection between economic inequality and political inequality: “The wealthy have undue influence over the distribution of income,” he said, insisting that increasing the tax rate at the top won’t hurt growth rates because of the rent-seeking behaviors of the wealthy (for example, spending resources on political lobbying rather than producing something).

Piketty’s own prescription for reducing inequality is a progressive wealth tax on individuals’ net worth, including not only property but also financial and business assets. Sounds radical? “America invented progressive taxation,” he said, reminding us of US efforts in the inter-war years to avoid European-style inequalities.

To Piketty and others, America today is beginning to look more and more like the Old World, except maybe that the landed aristocracy of Europe has morphed into the fat cat "super managers" of big business. In his book, Piketty writes: “…these top managers by and large have the power to set their own remuneration, in some cases without limit and in many cases without any clear relation to their individual productivity, which in any case is very difficult to estimate in a large organization.”

Paul Krugman, who has written extensively about Piketty, observed that America, too, must increasingly contend with inequalities arising from inherited wealth.   “Gordon Gekko was a self-made predator. Today you are more likely to be dealing with his heirs,” he quipped, sparking a flurry of live tweets. (Interesting aside: Web 2.0 is abuzz with chatter about Paul Krugman leaving Princeton for CUNY to join the very same LIS that hosted this event; what it means for Krugman’s own income is also subject of some interest.)

CUNY’s interim director Chase Robinson was hardly exaggerating when he called this event “the hottest ticket in town.” I was not only fortunate enough to get in, but also lucked out by grabbing a copy of the book, currently out of stock at most book stores, for a relatively reasonable $20. It’s a big book, almost 700 pages long, with roughly 100 pages of notes. Don’t let that intimidate you. Paul Krugman got it right (among other things) when he commended the book for its fine writing and French-to-English translation. If you are appalled by income inequalities, you will find much in this book to bolster your argument. If you are an anti-tax conservative, read it and hit it with your best shot.

Deepali Srivastava is an independent research and communications consultant on economic issues. Till recently, she was a senior research fellow at PwC, a global consulting firm, contributing to the firm's perspectives on global macroeconomic issues. Srivastava is an award-winning journalist whose articles have appeared in MSNBC.com and Business Standard (an Indian business daily). She has a Masters in international political economy and development from Fordham University. Follow her on Twitter @deepalisriv 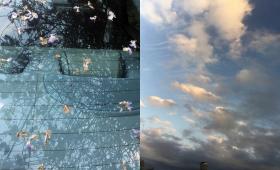 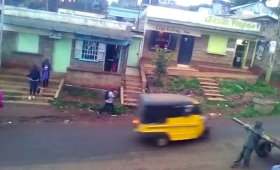 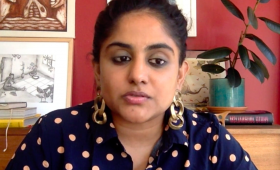 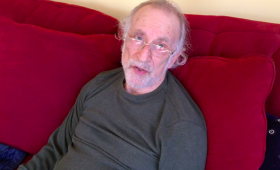 blog by Michael Busch
CUNY's Luxury Chancellor
blog by Crystal Stella Becerril
Public Education and the Culture of Expectation: Part II
Like any of the articles? Support our work.
Donate Now